A typical chaotic day may have you ping-ponging from meeting to meeting, from your phone to your computer and back again, leaving you feeling like you accomplished very little. How to manage? It’s all in the routine.

For Benjamin Spall, co-founder of My Morning Routine (MyMorningRoutine.com), which publishes inspiring routines from people like best-selling authors and successful entrepreneurs, these daily rituals enable us to nurture many habits at once. “We all have something we want to start doing, and it’s through creating a routine that we can more easily make this habit, and many more, a part of our life.”

Shelby Castile, a licensed therapist, is a firm believer that routines are necessary for a productive, balanced life. “When we put routines in place for ourselves and our families, it brings a sense of security that we all really need,” she says. “When we know what to expectand know what’s expected of us — our decisions get better and our behaviors improve.” See how practicing routines can bring order, productivity and a sense of calm that predictability offers.

Here are 10 daily habits that will keep you focused and productive.

1. Have a Consistent Bedtime 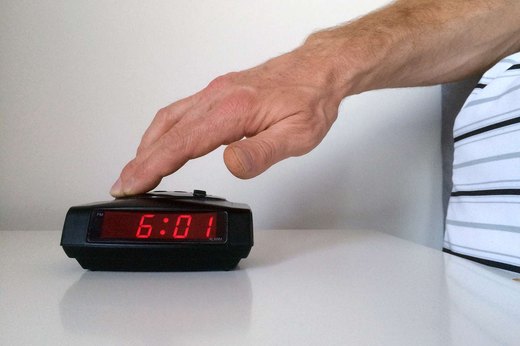 While tough to schedule, going to bed and waking up at the same time each day has many benefits. You begin to set your internal clock to get tired at a certain time and also become energized at a certain time. According to the National Sleep Foundation, the current recommended sleep durations should be seven to nine hours for adults 18 to 64 years and seven to eight hours for adults 65 and over.

2. Review Your Goals First Thing in the Morning 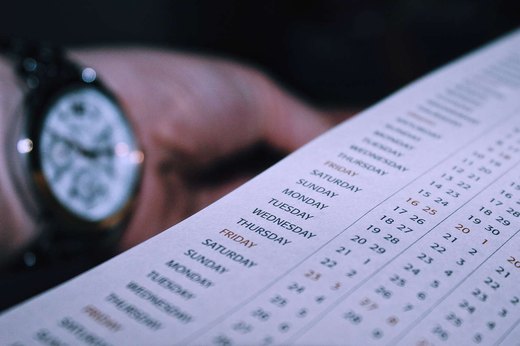 If you’re reading this article, you are probably the type of person who already makes to-do lists. You’ve realized that a full agenda is more manageable when it’s recorded instead of swimming around in your head. You might also enjoy the sense of accountability a to-do list gives you, including the feeling of accomplishment when you are able to check off each task. For Sam Thomas Davies, author of “Unhooked: How to Break Bad Habits and Form Good Ones That Stick,” a powerful, morning ritual is the best way to get what you want because it sets the tone for the rest of the day. Just as important, he says, “I’ve found reading your goals first thing in the morning helps you distinguish the vital few from the trivial many, and makes your highest contribution toward what matters most.”

3. Make Being Active a Given 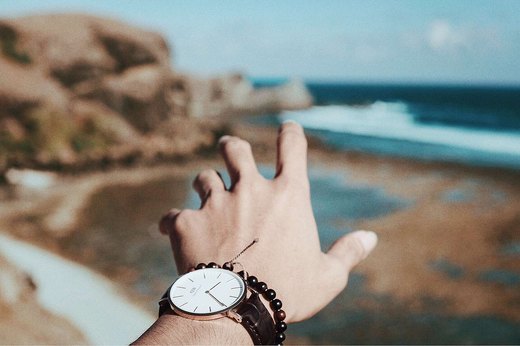 According to researchers in the Department of Exercise Science at the University of Georgia, exercising just 20 minutes each day increases the amount of oxygen that rushes to the brain. This boosts brain functions related to memory and processing. It also greatly increases your brain’s ability to create new neural pathways, speeding up your capacity to get things done. Make it a habit to be active each and every day in order to integrate it into your life — like showering and brushing your teeth. “Habits in motion tend to stay in motion,” says Davies. “If we start a habit but don’t complete it, we tend to experience intrusive thoughts until we do.” Most people become more productive when certain other activities can go on autopilot; for example, if we thought about breathing all of the time, we’d never get anything done

4. Do an Efficiency Check-In 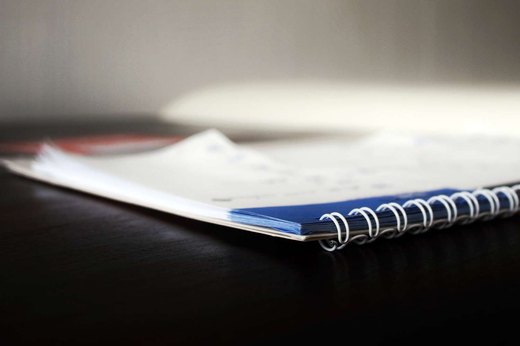 Castile says, “When it comes to daily routines, consistently checking in with yourself and reassessing what’s working and what’s not working is essential.” If you want to up your productivity, evaluate your most basic daily routines and figure out how to tweak them. Reflect on or journal about the efficacy of each day’s routines until you have a good feel for what you need to streamline. For example: If you prepared your clothes the night before, were you able to accomplish more the next day? If you took a one-hour break at noon, were you able to get more work done in the morning or afternoon? Or do you need to take a later break so you have more morning time to be productive? There is no point in keeping routines that don’t actually help you throughout your day, so decide what is and isn’t working for you.

5. Know If You’re an Early Bird or Night Owl 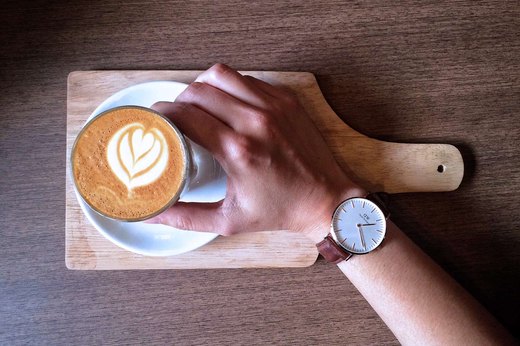 While night owls are not as productive early in the day, they may be able to accomplish a ton later in the afternoon. Meanwhile, early birds can burn through paperwork bright and early, but tend to slow down as the day draws on. “Doing what works for you doesn’t mean doing what you want, when you want,” says Spall (http://benjaminspall.com). “When we figure out when we’re most productive, we’re on the road to improving the quality (and quantity) of our output.” Be aware of when you have the most energy and take advantage of that time. If you’re a morning person, you may want to frontload more of your to-do list early in the day so you don’t have as much to do when you’re losing energy. 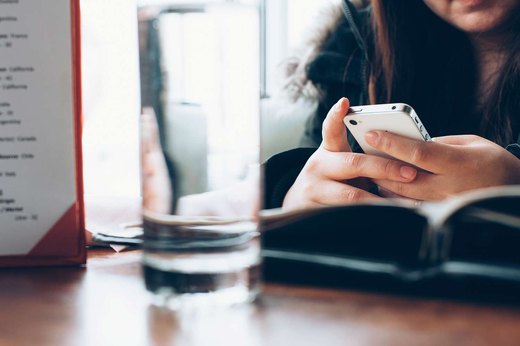 New technological advances have offered us an incredible jump when it comes to productivity. However, at times the daily digital revolution can be a huge impediment. Try setting aside specific times throughout the day when you turn your phone on silent and don’t check it. Another strategy to combat tech “time sucks”: Decide on periods throughout the day during which you’ll check your emails and respond to them. That way you won’t let them float in throughout the day to pull your attention away from the time-sensitive work in front of you. And rethink your shutdown time at night. Shelby says, “I consistently advise my clients to remove technology from their evening routine altogether. My motto is: ‘Anything after 8 can wait!’ Most people are surprised at how much more fulfilled they feel and how much more they actually get done!” 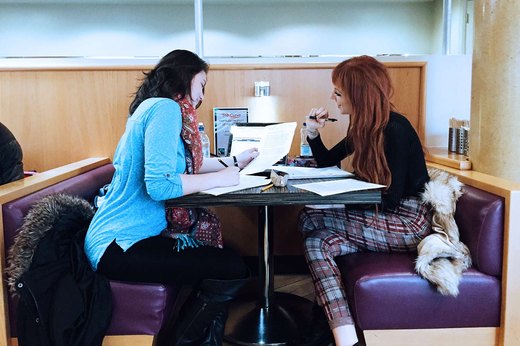 It turns out we’re all not the champion multitaskers that we thought we were. Research that Stanford University professor Clifford Nass performed found that even high multitaskers who are consuming information and using various types of technology aren’t great at ignoring irrelevancy, which should be an important component in multitasking. “It turns out multitaskers are terrible at every aspect of multitasking,” he told PBS in a 2009 interview. More evidence has emerged in recent years pointing to the fact that our brains can’t handle the overload of multitasking, especially when it comes to learning something new. To be more efficient, take time to focus on a specific task that you know will require a vast amount of attention. And while you’re at it, don’t put off the big tasks to get the small ones done and “out of the way.” That’s not strategy, it’s procrastination.

8. Prepare the Night Before 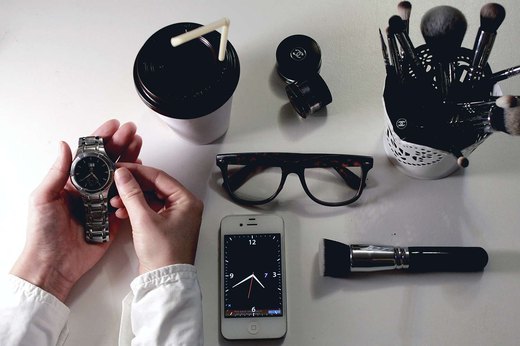 Ever get up five minutes late and spend the rest of your day catching up? On those days you hit every red light, your clothes are still wet because the dryer went off too early and the coffeemaker breaks. Try preparing for the next day the night before and you may suddenly feel like you are 20 minutes ahead instead. The night before, pack your lunch, chose your clothes, set the coffeemaker on a timer and have all your supplies waiting for you by the door. You will then have time to sit at every red light (even though when you’re on time it seems like you hit green lights all the way)! 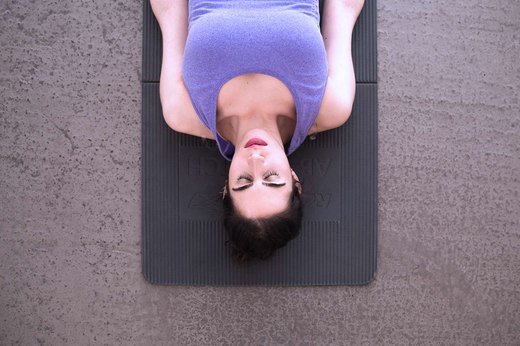 Starting off your day on the wrong foot can wreck the whole day! But starting each day in a calm, peaceful way can even mend waking up on the wrong side of the bed. Castile states, “I often suggest my clients begin their day with a morning meditation or self-affirming exercise.” Spend a couple of minutes setting a positive intention for your day, and create a mantra like, “I see the value of each person I come into contact with” or “I choose happiness.” Furthermore, Spall suggest that you use “waking up as your cue to get out of bed and start doing some light stretching, followed by some push-ups, before transitioning into your favorite yoga pose. Or you can use waking up as your cue to grab a book from your bedside table and read 10 pages before popping on the kettle and starting breakfast.” Start off calm and you can’t go wrong! 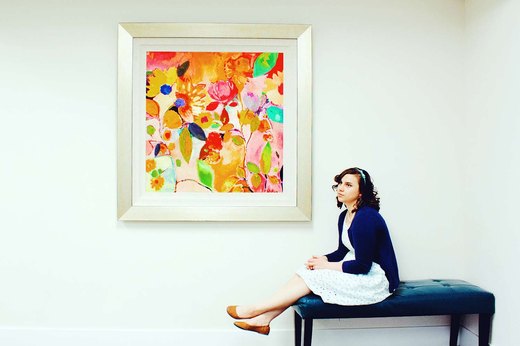 In a study published in the Journal of Cognition, subjects were asked to remember numbers in their mind for periods of time. As the clock ticked on, subjects significantly declined in their ability to remember the numbers. However, when the researchers asked the subjects to recall the numbers in shorter increments of time, they were easily able to recall them. Researchers suggest that doing work in smaller bouts of time while integrating rest between tasks will increase a person’s productivity level. There are very large bodies of research that also support taking actual lunch breaks that consist of relaxing, walking in nature and quiet solitary time away from your desk. When you “go go go” without stopping to relax, you deplete your mind’s and body’s ability to be at their best. So do yourself a favor and make it a habit to take little breaks throughout your day, even if it’s just taking a 20-minute walk around your building at work.

1,934 thoughts on “10 Daily Habits to Increase Your Productivity”